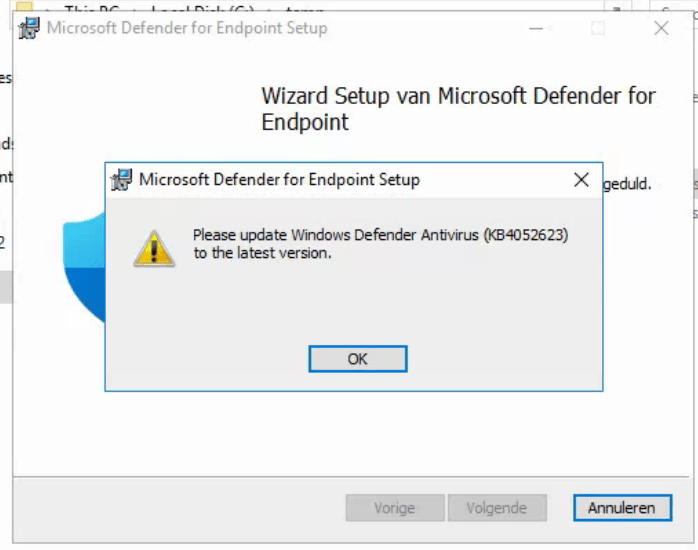 Microsoft Defender for Endpoint not updating

Recently, I came across a nice little challenge, which I want to share with you guys. What was the situation? We have a Windows-network with a bunch of Windows Servers running Windows Server 2016 Datacenter as the operating system. We had migrated the antivirus software from a third-party solution to Microsoft Defender for Endpoint as part of the Microsoft 365 E5 subscription.

To onboard Windows Server 2016 on the Unified Solution, we have to make sure that they are Azure Hybrid Joined and that we install the new installation package from MDE on this machine. In the installation wizard we cam across this alert:

I was surprised by this message, as the Service Desk has installed all available Windows Updates on all Windows Servers before I started with the migration. From this point, we have to start troubleshooting what was going on. 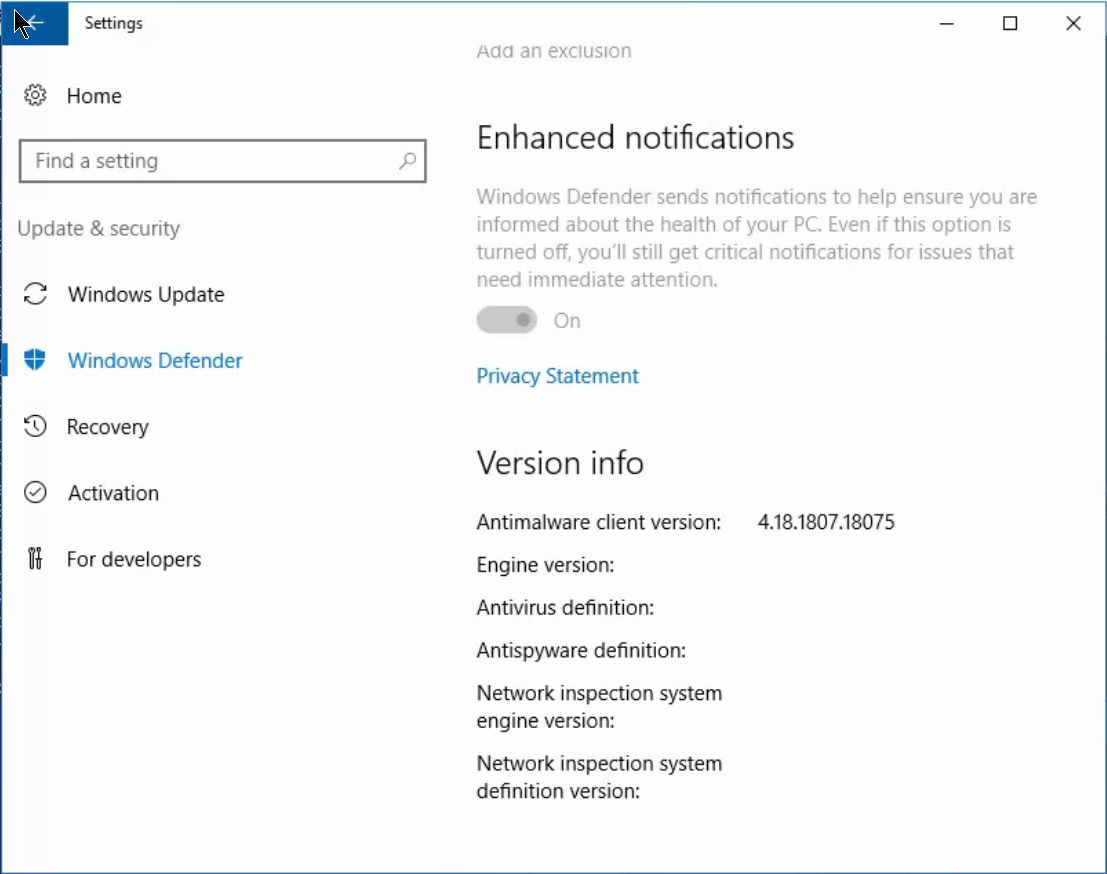 How is this possible? For some reason, the antimalware client version was not updated to the latest version. The other strange thing I noticed is that the other components, like engine version and antivirus definition, are blank. 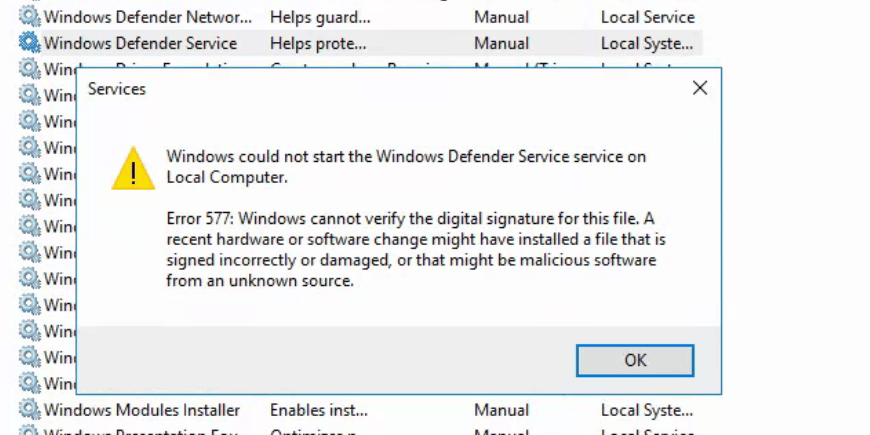 Check if Windows Defender is installed

It seems that Windows Defender is not running on this machine. With the PowerShell command below I checked whether the Windwos Defender feature is installed on this machine. It has to, because we have this server onboarded on Microsoft Defender.

The result is that the Windows Defender Antivirus feature is installed on this machine. 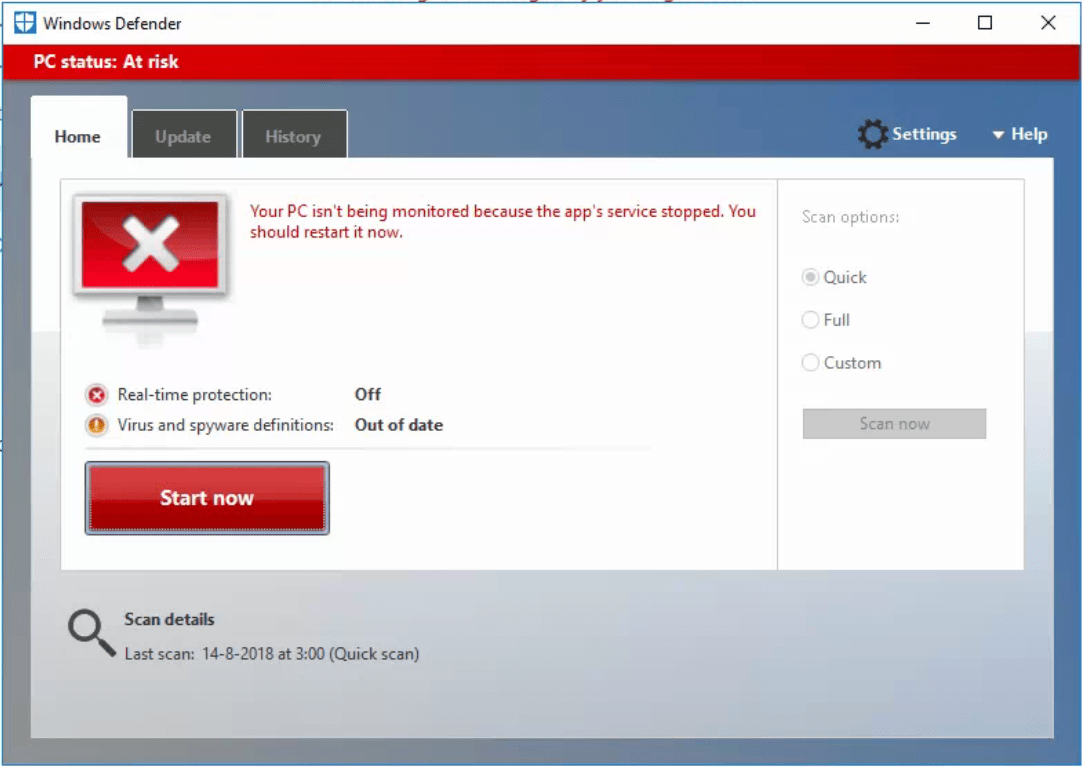 This can also be done from the Windows Registry:

In Windows Server 2016 Windows Defender Antivirus can also be enabled by following this steps:

After enabling Windows Defender Antivirus the UI is showing like this. 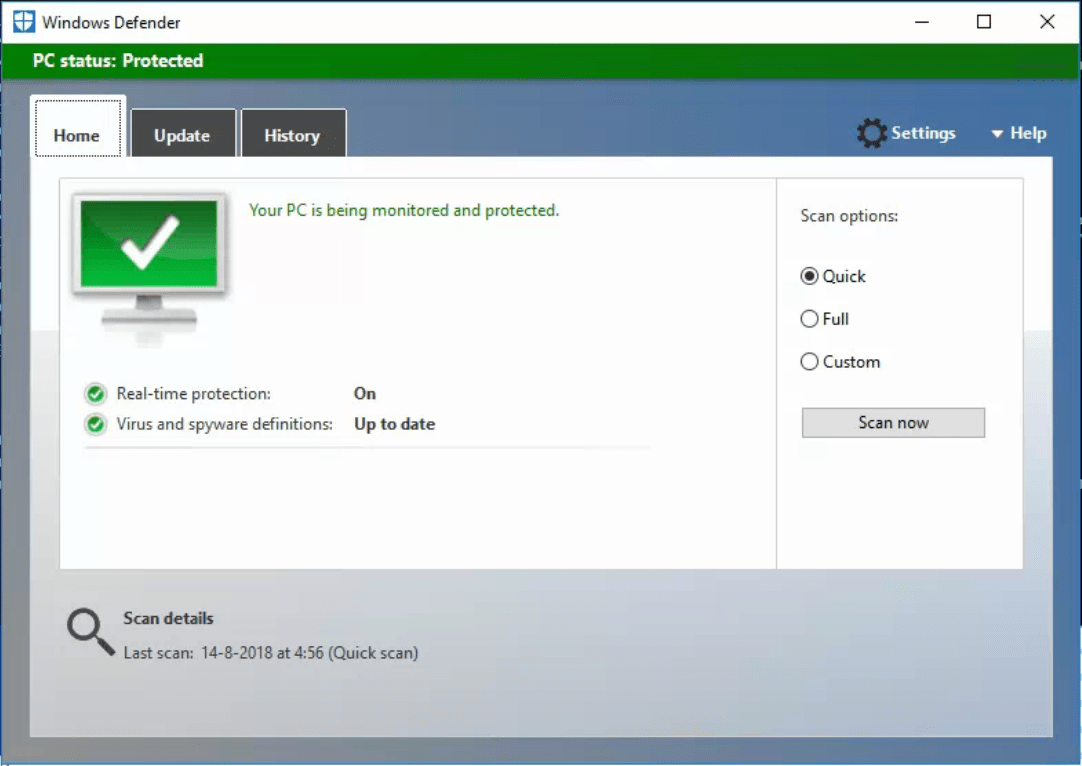 The antimalware client version can be updated in to ways: 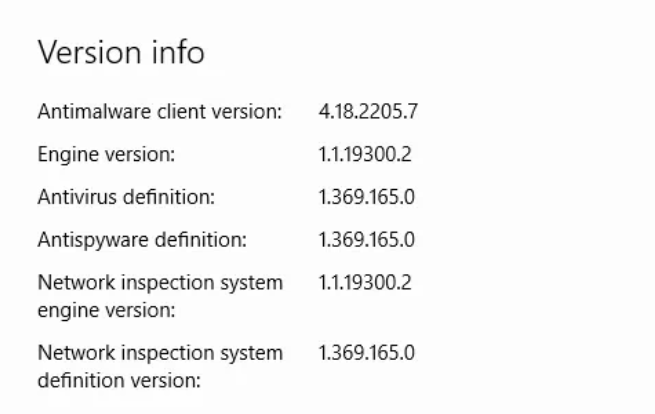 Microsoft Defender for Endpoint is a powerful security solution that integrates seamlessly into an existing Microsoft environment. It is crucial to take note of the consequences of using third-party antivirus software that puts the Windows Defender Antivirus in a passive mode. After uninstalling this software, Windows Defender Antivirus must be manually installed or enabled back again. If you skip this step, you are risking that Microsoft Defender for Endpoint will not function properly.

Overview In this article, we gonna talk about auditing the quality of the passwords from a Microsoft Windows Domain Controller. As we all know, we need to use strong passwords. SysAdmins do have c...

CVE-2020-0796 is a remote code execution vulnerability in SMBv3. An attacker could exploit this bug by sending a specially crafted package to the target SMBv3 server, which the victim needs to conn...