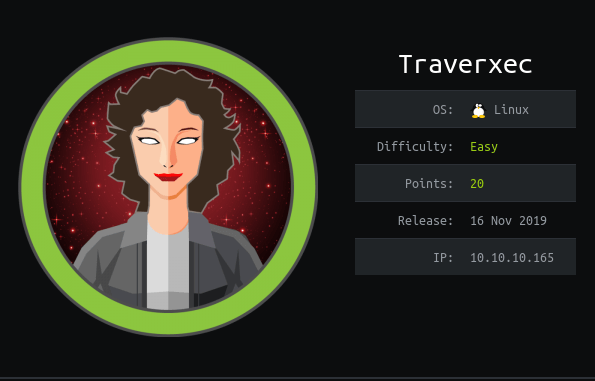 In this post, I’m writing a write-up for the machine Traverxec from Hack The Box. Hack The Box is an online platform to train your ethical hacking skills and penetration testing skills

After the port scan, I checked the HTTP service first and found that this website is running on Nostromo 1.9.6. There is a known Remote Code Execution vulnerability for this specific version of Nostromo. With the use of Metasploit I was able to get an shell as the user www-data to this box.

For getting the user flag, there was some enumeration needed. On the box, there is a protected-file-area that contains a backup of SSH keys. After cracking the private key I was able to get a shell through SSH to this box with the user David. After the SSH connection was established I could grab the user flag.

After getting an SSH session with the user David I found a directory called bin in his home folder which contains a bash script. This bash script calls journalctl as root. By using an interactive system shell I was able to break out from the restricted environment and do a privilege escalation to root.

I start this box with an port scan with Nmap.

Results of the portscan.

I have got two open ports:

As the HTTP port is open, there is a change that there is a website hosted on this box. I visited this URL http://10.10.10.165 and checked this website. I have checked the URLs on this website, but none of them is pointing to a webpage. This website only shows David White. It seems that he is created for the web. Well, me too. I feel a connection with him… 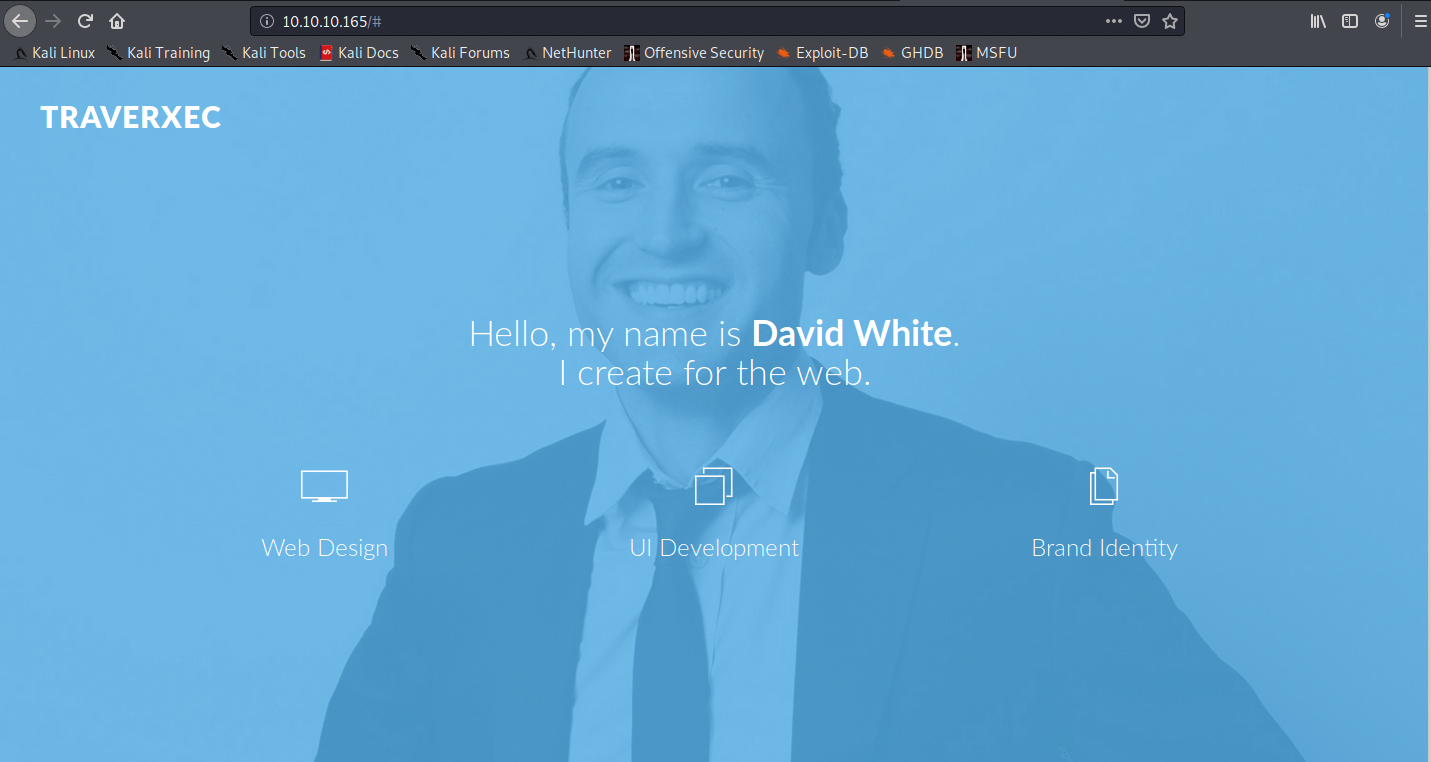 According to the results of the Nmap scan, this website is running on a nostromo 1.9.6 Web Server. Let’s check if there is a known vulnerability for this version of Nostromo. This is the point where searchsploit comes in.

And there is a known vulnerability for this specific Nostromo version. Let’s start Metasploit and check if I can get a shell on this box.

I opened Metasploit with msfconsole and configured the exploit as below.

Ok, got now a shell on this box. Got a shell as user www-data.

Upgraded the shell with the command shell. Let’s poke some around.

There is a user david listed. I need to find the credentials of this user account.

I have now the hashed password for the user david. I placed this hash in a file named password-david.txt.

The next step is to crack this password. I’m sure john can handle this. But, before that, I need to identify the hash type before I know what to do with john.

It’s an MD5(Unix) hash. I used john with the well-known wordlist rockyou.txt for cracking this password.

Ok, now I got the password: Nowonly4me. I tried to create an SSH connection with the user David in combination with this password, but it’s not working. There has something more to be done.

After some time poking around on this box, I ended up reading the Nostromos’ manual. There has something more on this box. After some Googling around on the internet, I headed back to the /var/nostromo/conf directory and read the nhttpd.conf. The last two lines contain useful information.

Back on my machine I extracted the file backup-ssh-identity-files.tgz.

This are the files I need for SSH access. I give the hash id_rsa to to ssh2john. The output:

Now I have got the hash is the time (again) for john.

I now have the SSH key and the password. With these data, I can create an SSH session as user david and get the user.txt.

Submit the flag, and go to the next phase.

There are two folders in this location. I do not have access to run the sudo -l command to check my current level of privileges.

Let’s start with the bin folder. Those files are listed in this folder.

I first file shows an picture.

The contents of the script:

Line 10 is the interesting line. Journalctl will be executed as root. It that case it can be used to outbreak the restricted area. I checked this webpage: https://gtfobins.github.io/gtfobins/journalctl/. I invoked this command:

After the execution I have to resize the shell to a smaller window, otherwise, the pager will not work. And then executed the command !/bin/sh. Now, I’m root. 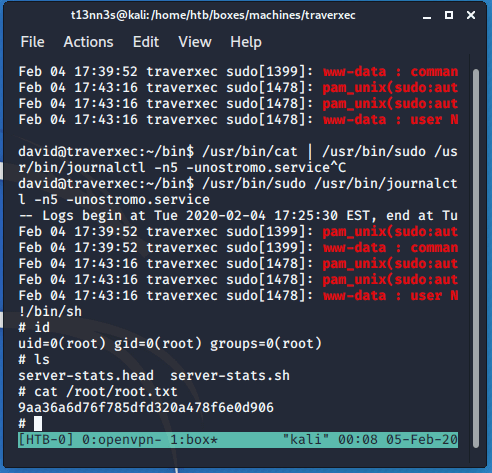 A hacker does for love what others would not do for money. Laura Creighton About {{page.machine}} In this post, I’m writing a write-up for the machine {{page.machine}} from Hack The Box. H...

It does not matter how slowly you go as long as you do not stop. Confucius And in this a quote from my hand:-) There is no SQL like NoSQL. T13nn3s About {{page.machine}} In this p...

Notoriety wasn’t as good as fame, but was heaps better than obscurity. Neil Gaiman About {{page.machine}} In this post, I’m writing a write-up for the machine {{page.machine}} from Hack Th...